09 Aug Beyond the Hype: The inside story of science’s biggest media controversies

Posted at 13:46h in books by jatinder 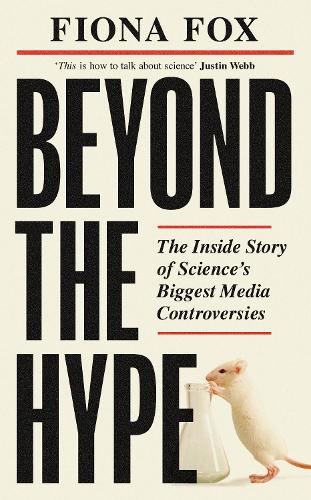 Fiona Fox, Chief Executive of the Science Media Centre, was interviewed by Jacqui Thornton at our third ‘Spotlight On the Author’ event.

Her new book  Beyond the Hype: The inside story of science’s biggest media controversies, is published by Elliott & Thompson.  The book is a behind the scenes look at some of the big contentious science stories to have hit the British headlines over the past two decades: from animal research to hybrid embryos; from Tim Hunt’s shaming to the sacking of David Nutt. It is part memoir of Fox’s time at the SMC and part manifesto for change – most especially the urgent need to separate science communication from government communication.

Fox was the founding director of the Science Media Centre, Britain’s independent science press office, in 2002.  Fox and her respected team work closely with scientists and science journalists to improve the public’s access to and understanding of science.  She has received many accolades for her services to science, including an OBE and honorary fellowships of the Academy of Medical Sciences, the Royal Society of Biology and the British Pharmacology Society.